The years mum suffered from dementia can roughly be split into thirds.

The first being the coming to terms with the situation (for all parties) whilst also being able to carry on with a semblance of normality. Conversations could be had, albeit better about things from the old days. These first years when I came to visit was spent talking about her youth and how she left home at an early age (15 or so) to start earning a living and later on eventually ending up in Oslo where she one day met my father through a friend of a friend. Trade school followed, learning book-keeping skills, getting a business diploma and a job working for the feared and revered and eventually lifelong friend Eva. These were the “easy”, and often good fun, visits.

The second third was a lottery. Sometimes very clear (as long as we stayed 30-50 years behind the times conversation-wise), other times she would be very muddled, confused, upset and cross. Wheeling her round the home in her wheelchair would sometimes take the edge off if she could be distracted for a time. Other times she would be adamant that I was my dad and this was NOT a good thing. I remember one visit in particular where each day for 3 days she would constantly berate me for being “this, that and the other”.  Not accepting that I was me and not “him”, I would get it in the neck for various things that had happened over the years. Not knowing whether to laugh or to cry I would just gently try and get the conversation switched something else. This was only occasionally successful! I always knew that nothing said was personal as it wasn’t aimed at me, but the situation was of course both frustrating and hurtful and sad.

The final third was mostly one of “existence”. She was still exceptionally well looked after but mostly confused and it was not really possible to hold much of a conversation going. You could say pretty much anything as her responses would have nothing to do with YOUR conversation. Towards the end I never felt strongly that my MUM was present, only my biological mum. Sometimes I would wish she’d had cancer or something that she could have fought and hopefully won and we could have kept HER. Silly way to think I guess, but dementia seems just as cruel at times. Dementia took my mum years ago, you just spend a long time saying “goodbye”, and hence the “Long Goodbye” reference is aptly used to describe the disease of Alzheimer’s dementia. I always felt bad that she had ended up in a home even if she rarely actually realised that that was where she was. Once there she flourished in her own way and for several years was in better physical health than she had been for quite a while. That’s what giving up the booze and the fags does for you! (and not overdosing on insulin when you’ve forgotten you’ve already injected yourself!)

During late autumn 2013 in her 81st year, after a short illness, she finally went to sleep and didn’t wake up again.

The long goodbye was over. Good night and sleep tight. 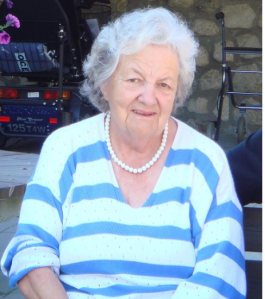 Next came the no funeral funeral. But that’s for another time…